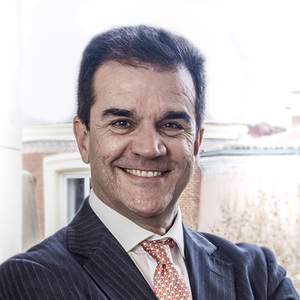 Eugenio Hernández is a Partner of Seeliger y Conde since January 2006. He is Practice Leader of Consumer Goods & Retail sectors and he is also specialized in Construction and Real Estate sectors as well as in Infrastructure, Engineering and Energy.

Eugenio Hernández began his professional career as a freelance Architect.

In 2003 he joined Group Calidad Pascual, one of the biggest food&beverage manufacturers in Spain, as General Manager, until 2006 when he joined Seeliger y Conde

Eugenio Hernandez is Executive Coach certified by the ICF.

Zoom Times: Is Your Recruitment Process On Hold Pending A Handshake? | 06 October 2020