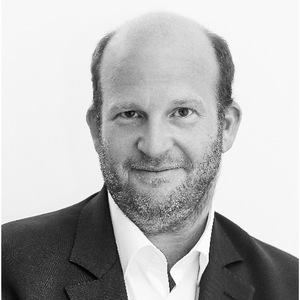 Jean-Damien Pô joined Leaders Trust on October 2021. He specializes in executive search and assessment in the construction and infrastructures sectors, the B2B services and the public sector. After an academic career and a first business experience in the Strategy and Public Affairs department of Engie, he managed the Institut de l’entreprise (2008-2011), both a think tank and a platform for action at the business community’s service. Wishing to get closer to the operational side, Jean-Damien Pô became secretary of the Executive Committee of VINCI Group in 2011, where he initially served, before moving to human resources management. For three years, he has been the Human Resources Development Director of  VINCI, specially responsible for assisting the C-level in the management of the Group’s top 300 executives. Then, Jean-Damien Pô took over the role of Human Resources Director of Eurovia (2014-2017), a subsidiary of 38,000 employees in 15 countries, dedicated to transport infrastructure and urban development. In the latter role, he was also in charge of Communications, Environment and Prevention. His latest mission with VINCI was to set up Leonard, both a platform for forecasting and an incubator for innovative projects, serving the Group’s 3,200 Business Units. In 2017, Jean-Damien Pô joined SAUR’s Executive Committee, in charge of Human Resources, Strategy, Foresight and Communication, at a time when the company was returning to high growth levels. In 2020, he decides to move to the executive search industry, first as manager and co-founder of an independent firm, Outsiders Search, then as a Partner of Leader Trust International, with the ambition to offer his clients personalized consultant services, based on a partner’s relationship and an in-depth understanding of their needs.  A graduate of the Ecole Normale Supérieure de Lettres et de Sciences Humaines and of the Institut d’Etudes Politiques de Paris, Jean-Damien Pô also holds a Ph. D. in History of international relations (Paris I Panthéon-Sorbonne University).