Harvard Business Review Article: How Reskilling Can Soften the Economic Blow of Covid-19 (Novare Sweden in the News)

This article was first published on the Harvard Business Review website. You can read the original article here

In the early months of 2020, millions of workers worldwide were laid off as the Covid-19 pandemic shuttered entire industries. Yet not all industries suffered contractions: the healthcare sector, for instance, saw demand grow, as did schools, in some parts of the world, and online retail. Under normal conditions, workers constantly shift between different industries, albeit at a slow pace. However, the Covid-19 pandemic created an urgent need to make labor shifts happen much more quickly.

Many governments have focused on providing special unemployment benefits to laid-off workers. However, few programs have tried to train and entice workers to switch over to understaffed sectors of the economy. To be sure, this approach is not a magic bullet — in the past months, consumer demand has dropped dramatically, meaning that some reductions in the workforce were inevitable, making unemployment assistance a necessity. Nonetheless, there has been a missed opportunity to help rebalance demand and supply for labor at a critical time, which could soften the blow for many workers.

To correct this imbalance, we need mechanisms to assess missing skillsets quickly and rapidly retrain laid-off workers. Doing so requires speedy and seamless collaboration across different sectors, as this crisis cannot be dealt with either by the private sector or by governmental agencies alone.

Sweden may offer an example of such an approach.

There, a consortium of private companies and organizations in the public sector made this challenging shift happen in a matter of a few weeks. Oscar Stege Unger, a board member at Scandinavian Airlines (SAS), that was part of the consortium, explained how this initiative came about: “We had an extraordinary board meeting on March 14th and decided to temporarily lay off 90% of all cabin staff, which was … a huge decision to take. As we discussed, we realized we would have a large group of people doing close to nothing, and, at the same time, an enormous need in our healthcare systems. It was a situation not too different from that of being at war. As I’d worked with re-skilling before, I thought that we could establish a short training program that would prepare them to support nurses and doctors, freeing them up to attend to the most important matters.”

Following these initial reflections, Stege Unger reached out into the tight-knit Swedish ecosystem, talking to Fredrik Hillelson, CEO at Novare Human Capital, a Swedish HR and search company, who then contacted Johanna Adami, President of Sophiahemmet University. They quickly decided to design a three-and-a-half-day training program for an assistant nurse role and offered this program to about 1100 SAS cabin staff members who had previously undergone basic medical training, and had experience in dealing with people in difficult situations as part of their work as cabin attendants. Hundreds applied, and 30 were selected for the pilot, just two weeks after they had been laid off. Since then, an additional 300 cabin attendants and people with equivalent previous training from other sectors have been trained and are now working in the healthcare sector in Sweden. The project was then expanded to the nursing home sector to train another 200 laid-off staff from companies such as the Stockholm Grand Hôtel, Courtyard by Marriott Hotel, and McDonald’s.

Upon completion of this first course, new needs emerged. In Sweden, most schools remained open throughout the crisis. Many of these schools struggled with high numbers of staff having to stay at home, not because the coronavirus had infected them but because they had been asked to stay at home when they showed any symptoms of illness. So far, 60 people from different employers have gone through a three-day fast-track course covering topics such as lesson planning, high-level pedagogy, and everyday classroom situations. All are now working in schools all over Stockholm as administrative support staff, helping and relieving overworked teachers so that they can focus on their core tasks.

This initiative is growing into a more sustainable approach that may last beyond the Covid crisis. The rapid re-skilling program has become a “standard” offering at Sophiahemmet University only two months after the launch of the pilot.

This nationwide re-skilling initiative has highlighted some valuable lessons.

The power of purpose

All involved actors mentioned the overwhelming power of purpose that united them and made it possible to move forward rapidly and in an often-times unconventional fashion. Johanna Adami commented: “I have learned the importance of a shared and higher purpose if you want to make something like this happen. In reaching out to other organizations, politicians, and unions, you stand no chance unless you reach for the same thing.” In a similar vein, Stege Unger pointed out: “While there have been good examples also in the past, what was different this time was that everyone could see the higher purpose, which in the past was less obvious. This strong purpose allowed us to realize the full potential of the ecosystem already in place.”

The importance of the ecosystem

Given the complex and overarching nature of this re-skilling initiative, no individual company, industry, or government sector was capable of managing this challenge by itself. Instead, it was necessary for people from different parts of society that know and trust each other to “connect the dots.” Stege Unger was well-aware of the importance of the tight-knight ecosystem in his home country: “Sweden is built on the notion that we are most successful if we cooperate across; corporations, the public sector, academia, and not least politicians.” Johanna Adami also highlighted that “while you do not need to share the same exact values, you do need to be aligned on the ‘how’ because if you aren’t, it will slow you down or possibly even make you fail altogether.”

A sense of urgency to drive fast innovation

While the challenges the crisis presented are unprecedented, they also open up unique opportunities for changing the system. The pressure to act made it possible to overcome red-tape, stringent labor regulations, and limiting mindsets that might have held back these types of bold initiatives under more normal circumstances. However, the opportunity had to be recognized and seized. The people in the ecosystem collaborated to make it work, moving quickly with small pilots and addressing challenges when they emerged. As Hillelson emphasized: “Our Swedish system can be very slow, and different interests from authorities, unions, and companies sometimes keep us from acting at all, or acting fast enough. With this unique situation at hand, I hoped things might be different this time around. And they were. What helped us was to pilot quickly. Rather than going broad at once, we started small, showed that it (the re-skilling) could work and got some learnings for how to do it better the next time around.”

The untapped potential of rapid re-skilling

Typically, re-skilling is thought of as a lengthy process, requiring extensive selection, training, and certification. For this initiative, certain requirements had to be met as well — albeit much more rapidly: (1) clearly identify needs, (2) pinpoint those categories of workers who were available and who had skill sets related to the required profile, e.g., flight attendants with basic medical training and an ability to deal with people in stressed situations, (3) determine which specific skills are essential and can be taught fast since, due to severe time constraints, re-skilling can’t address all areas that would be part of a typical training course in these fields, (4) allocate re-skilled workers to new jobs and (5) ensure that quality standards are met and controlled as these workers ramp up in their new positions. Johanna Adami commented on this accelerated process: “Most importantly, I’ve learned that more or less anyone keen and willing to learn can be re-skilled, to do certain types of work.” Frederik Hillelson also emphasized the critical importance of the companies that were involved. “It was easy to get hospitals to hire employees from SAS. They have a good reputation, not only because they have some prior medical training and extensive experience from working with people under sometimes difficult conditions, but simply because SAS is a strong employer brand.”

The importance of external seed funding

To quickly ramp up the re-skilling and create a proof of concept, financial support was initially required to train workers and to facilitate the match-making process. Financing this experimental approach would have been challenging for organizations that were already struggling with the crisis itself. Instead, the Marianne and Marcus Wallenberg Foundation provided the initial funding to get the first workers retrained and placed in new positions. But, after it had become clear that there would be tangible benefits, hospitals and schools started to pick up the costs.

The need for societies to shift labor rapidly across industry boundaries is likely to increase in importance as industries are upended in the aftermath of the immediate crisis. Societies around the world should be thinking about how they can accelerate these shifts through reskilling programs. Sweden’s pilot programs — though small in size — suggest that success is possible. 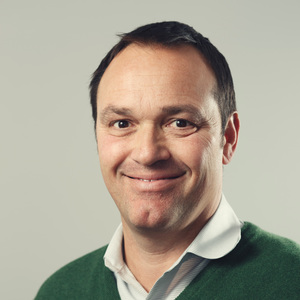 Group CEO, Partner and Board member AltoPartners Stockholm
back to media center