The AltoPartners Guide to Diversity and Inclusion : My Name Is…

“Many new arrivals (we don’t like the term refugee) have names that are unfamiliar to Western Europeans. Just seeing a name that you can’t pronounce on a CV can cause hesitation and uncertainty in a potential employer. It’s important that interviewers know how to navigate these situations in a way that does not embarrass or diminish the applicant,” says Wim Kerkhof, co-founder of Talents for the Netherlands. Together with Leaders Trust / AltoPartners the Netherlands, the organisation helps to integrate new arrivals fleeing war and political persecution in their homeland into the workplace – matching skills with job shortages.

Why is it such a big deal?

Your name is a crucial part of your identity. In many societies, it is endowed with a deep religious or cultural significance. A lot of people think they are doing the right thing by shortening an unfamiliar name into a form that is easier to say and less likely to trip them up – like changing Muhyiddin to Mo. But unless the applicant says, “please call me Mo”, or “everyone calls me Mo”, then it is not acceptable to shorten a person’s name simply because you can’t say it.

What if they don’t appear to mind?

Historically, refugees, migrants and those living under colonial oppression tended to change their names to fit in with the ruling culture. In South Africa, for example, until the end of the Apartheid era, many people adopted or were given a Western name alongside their traditional name. Research also shows that Asian and black applicants in the US with anglicized names get more call backs. But even supposing the candidate has persuaded themselves that they’re OK with this, what does it say about their employer’s commitment to equality and diversity? If an employee feels they should alter their identity to make other people around them more comfortable, then that may be a diverse workplace, but it is neither equitable nor inclusive.

It’s not just a question of treating a fellow human being with respect. Insisting that people try to learn and say their colleagues’ names correctly sends a powerful message about your company values. We also know that if you treat employees with respect and make them feel seen and heard, it will be reflected in their interactions with clients and customers.

Tips for meeting and introducing a candidate or new colleague with an unfamiliar name.

It usually only takes a minute to get your tongue around unfamiliar patterns of vowels or consonants. Also say: “Am I saying your name right? Please correct me if I get it wrong. I would like to learn how to say it properly.”

Refusing to try to pronounce someone’s name correctly is a form of microaggression. It shows that their identity is not as important as your linguistic comfort zone. Deliberately mispronouncing a person’s name to amuse your colleagues, or upset the person, is harassment and bullying.

Name engagement is a door opener to better and more authentic employee engagement, says Maureen Alphonse-Charles, Senior Vice President of Talent, Diversity and Equity of Koya Partners, a member of the Diversified Search Group / AltoPartners USA: “Companies should consider the notion of creating ‘a safe space’ ─ where people can speak openly and freely without fear ─ to foster meaningful relationships built on a foundation of respect. One way to do this is to start out with an understanding of the significance of names. This will often set the tone for the authenticity of an exchange which more than likely will lead to deeper, more sustainable connections. Engaging around names is a powerful tool to build a deeper relationship and can create a foundation for more memorable long-term exchanges, which, in turn, can be helpful in mitigating unconscious biases and our natural tendencies to stereotype. Focusing on individual connections will lead to more efficacious team dynamics, higher levels of productivity, and long-term commitment.”

Share your diversity experiences and dilemmas here - let’s see how we can help. 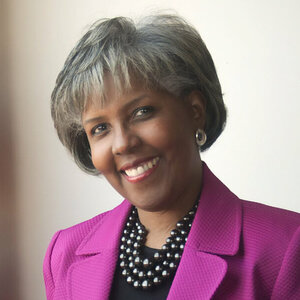