The AltoPartners Guide to Diversity, Equity and Inclusion : Combatting ageism in the workplace: why and how we need to do it better

For the first time in the history of the species, people aged 60 years and older outnumber children under the age of 5, making 60-plus the fastest-growing demographic in the world. By 2030, one in six people will be aged 60 years or over, and by 2050, people aged 60 years and older will reach 2.1 billion, representing 22% of the population, double what it was in 2015. While this phenomenon has been happening for a while in high-income countries (think Japan, where 30% of the population is already over 60), improved access to family planning combined with greater life expectancy means that low and middle-income countries are now experiencing the biggest demographic shifts in terms of older people outnumbering young, economically active people.

The implications of this demographic transition for societies and economies are profound. Policies and decisions taken now could be the difference between reaping the rewards of the longevity dividend or battling a prolonged low-growth, low-productivity doomsday scenario. What happens next depends almost entirely on our ability to fundamentally rethink the roles of older adults in our communities and economies. At the heart of the matter is how to ensure older people stay more productive for longer, thereby limiting economic dependence on the state or family members and removing the drag on GDP traditionally associated with an older population.

Accordingly, one of the first policy recommendations for countries facing a middle-aged population bulge is to scrap mandatory retirement. But even in countries (such as the United States) where mandatory retirement on the grounds of age is prohibited by law, 2018 research by ProPublica and the Urban Institute showed that 56% of workers over the age of 50 had been pushed out of jobs before they would have retired willingly, and only one in 10 of them got another job that paid as well, meaning that they suffered sometimes irreversible financial damage.

The authors conclude that this is primarily due to ageism and misperceptions of older adults among employers, a finding echoed in an AARP International report covering 12 countries experiencing a rapid rise in the number of 60-plus citizens relative to other age groups (Brazil, Canada, China, Germany, Israel, Japan, Korea, Mexico, South Africa, Turkey, the United Kingdom, and the US). In this study, ageism (as opposed to poor health or disability) was also cited as the primary barrier faced by older people wanting to remain in or re-enter the workforce. This, despite it being generally acknowledged that older employees bring motivation, experience, loyalty, diligence, judgement and sophistication, and a well-developed sense of responsibility to their jobs.

The issue is so pressing that the United Nations has declared 2021-2030 the Decade of Healthy Ageing, as part of a global initiative to foster collaboration between governments, academia, businesses, media, and NGOs to improve the lives of older people, their families and the communities in which they live.

Here’s how business leaders can be part of the solution:

With special thanks to Andrea Brand, equity partner at Jack Russell Consulting/ AltoPartners Germany, for sharing her experience of developing multi-generational teams at Rolls Royce and BMW in Munich. 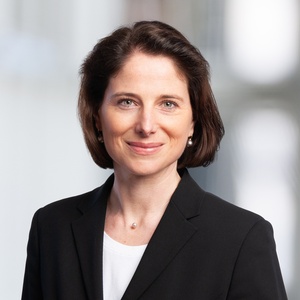