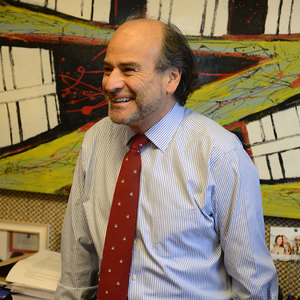 Mario Mora is a member of the AltoPartners Global Operating Committee, representing Latin America. He joined the executive search industry 13 years ago working at Spencer Stuart, where he created and led the financial practice for four years. Mario then moved to Heidrick & Struggles as Managing Partner, expanding his industry expertise to the retail and life science industries. In December 2009 he founded Equation Partners, where he remains Managing Partner today. During his tenure in the executive search industry, Mario has led over 400 search processes and assignments. He specializes in C-Level searches in the financial, energy, telecom, retail, life science, consumer products, mining services, professional services and construction/real estate sectors.

Before joining the executive search industry, Mario worked for 25 years in the financial industry, where he was with Citibank in different management roles in Chile, Bolivia, Venezuela, Brazil and Mexico for 12 years. He then moved to Chase Manhattan Private Bank as Country Manager in Mexico, where after four years, he was promoted to Managing Director responsible for the Latin America Private Banking business, based in NY. After Chase Manhattan Private Bank, he became President & CEO of Clariden Asset Management NY, a fully owned subsidiary of Credit Suisse Group. He returned to Chile in December 1998 as Country Manager of American Express Bank until 2003 when he decided to join the executive search industry.

Mario speaks both Spanish and English fluently and holds a bachelor’s degree in business administration from the Universidad de Chile.