For small cap companies and SME’s pursuing ambitious growth plans, the need to recruit the right CEO is imperative. But as Peter Tulau, Director AltoPartners Australia points out, the balance of commercial and cultural fit requires a more sophisticated hiring approach.

Meet Bob Jones, Chairman of a national professional industry association. In 2017, Bob faced a dilemma. Having enjoyed the stability and surety of a long-serving CEO, Bob had come to the realisation that the business was no longer as commercially astute as it needed to be. Membership was waning, product offerings were no longer leading-edge and, as a result, the credibility of the business was diminishing.

Seeing the writing on the wall, the CEO advised his decision to exit and in the absence of a natural successor, Bob needed to source the replacement externally. Bob had a clear idea of what he wanted – someone with a clear track record of business transformation; someone who could act quickly and decisively and inject some new income into the organisation. So, Bob did what many others in his position would do – he surveyed his network and identified a potential new CEO who displayed these characteristics. The candidate came with a solid CV, was widely known in business networks and interviewed very well; seemingly a perfect fit.

In the first six months of the new CEO’s tenure, cash flow improved but four members of the senior executive team quit. In the second six months, the pipeline of potential new members appeared solid, but the Board received notice of a complaint and planned relationship withdrawal from a long-term industry partner. By the final six months of the CEO’s 18 month long tenure, the Board had assumed control of the day-to-day running of the business and Bob, who had championed the new CEO of the Board, was on shaky ground. All the ingredients for success seemed to be there. But very clearly, something went wrong.

This scenario is fictional; however, it is sadly representative of the experiences of many Australian organisations. Each year numerous businesses, particularly small-cap companies, are thrown into disarray as a result of incorrect hiring decisions for leadership roles. It’s all too tempting for Boards and business owners to utilise informal methods to identify and attract a new CEO. However, as we’ve seen from the Bob Jones example, the consequences of this lack of objectivity and of a failure to consider the behavioural and temperament characteristics of an appointee can be dire. This is especially true of organisations that are not large enough to sustain a senior management team to cushion the blow if things go wrong.

A BRW profile of 100 Fast Growing enterprises in Australia highlighted a range of challenges particular to SME’s and small-cap public companies that make the right leadership choice even more imperative: - The more direct impact of the CEO on organisational culture. - The role of the CEO in attracting external funding interest via brokers or direct investors. - The need for the CEO to be the face of the company in the media, to shareholders, board members and equally, to employees. - The requirement for the CEO to be the driver of change and growth, focussing on the longer term success of the enterprise, rather than simply the shorter term dollars in the door. - The onus on the CEO with respect to corporate governance and the ethics which drive attractiveness to customers, investors and potential employees.

Whereas in larger enterprises, these responsibilities may be shared or divested among a broader leadership team, the CEOs of smaller organisations do not have this luxury and so must display both the technical capability and behavioural characteristics to lead, shape and add value to organisational culture whilst achieving solid commercial success.

As more small companies see the path to growth through a public listing or some form of private equity investment, the choice of leader becomes a matter for public scrutiny. While the founder or incumbent may understand industry dynamics and have established a reputation for being commercially astute within their circle of business networks, the equity market may not view the founder as the right leader for the next phase of growth.

But it takes more than being commercially astute to be an effective leader of a fast-growing company, and those factors that distinguish high-performing CEOs in this environment are often the hardest to identify and measure using informal or traditional hiring methods.

The critical element of a successful CEO placement is ensuring alignment between the temperament, capabilities and expectations of the CEO and the risk profile of the Board or equity investor recruiting the new leader. This cannot be achieved without the rigour and processes of a professional search and objective behavioural analysis. More traditional recruitment methodologies including CV analysis and interview must be enhanced by psychometric assessment, ultimately evaluating the candidate on a balanced scorecard approach which considers:

Adopting this more sophisticated approach injects increased objectivity and surety into the hiring decision and enables the evaluation of critical personal behaviours and values. This in turn facilitates the evaluation of any potential CEO viz. their ability to manage stakeholders, communicate the organisational vision and strategy to employees and investors, their adaptability, integrity and energy. It also helps to identify potential “problem behaviours” such as an inability to galvanise the support of their management team, or a tendency to pursue commercial success at the expense of corporate governance – two of the key behavioural issues in our Bob Jones example.

It’s clear then that finding a CEO is easy. But finding the right CEO who will be a strong fit with the SME’s values, culture and strategy is more difficult. Having worked with a variety of smaller organisations entering accelerated growth phases, we know from experience that sourcing and selecting a new CEO who will stay the distance is more than simply putting the word out with friends in a personal network.

The best approach accurately translates the client need into a recruitment blueprint covering strategic, operational and behavioural elements. This ensures a perfect client and appointee match based not just on knowledge and skill components, but importantly, on values, culture and operating style. This may be achieved through a variety of methodologies such as executive search (confidential, research driven, specific), newspaper advertising (broad reaching, defined time frames, procedural rigour) or ad search, which combines the focus of the former with the reach of the latter.

The risks of failure for a new CEO in high growth SME’s are too great to leave recruitment to informal, ad hoc practices. A disciplined and rigorous process which aligns the CEO to the business values, culture, strategy and Board expectations will deliver longer term security and value for the business and shareholders.

A postscript to Bob Jones

Although fictional, the example given at the beginning of this article is based on the factual experiences of a client. Following the incorrect hiring debacle, AltoPartners undertook the task of sourcing the replacement CEO using the methodology described above – taking into consideration role design, core competencies analysis, psychometric assessment and remuneration consulting support. The resulting appointee, whose leadership style was more nuanced than his predecessor, stayed 5 years and helped to put the business back on the map. 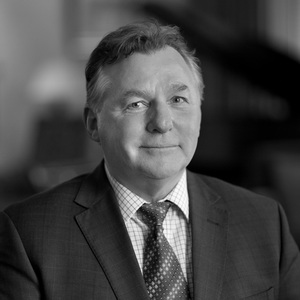