She was in her mid-thirties and stepped onto the elevator last, rushing in just as the doors were about to close. It was the end of the work day, so the elevator was crowded, everyone just wanting to get 28 floors down, off, and out into their lives.

As the doors closed she swung around to face the front, and as she did her backpack—a monstrous pea-green concoction that boasted pockets bursting with a water bottle, flip-flops, and what appeared to be a half-eaten carton of yogurt—walloped me right in the midsection, sending me temporarily stumbling back into the elderly gentleman behind me.

“You’re supposed to take a backpack off before you get in the elevator,” I snapped. It’s basic etiquette, something even rarer than cordial political discourse these days. You take off your backpack in crowded spaces and place it on the floor or hold it in front of you.

She sneered over her shoulder, “You don’t get to make the rules.”

“You’re not the boss of me!” she shouted. The doors opened and she hurried out, no doubt to complain in yoga class about the misogynist who’d hectored her. Others in the elevator said nothing, but two people gave me glances that seemed to indicate they were glad I said something.

Somebody has to. The backpack, now as common a business accessory as the laptop and the iPhone, has barreled into our offices, station platforms, and elevators, basically making everyone around them miserable in the process.

I have no idea who thought making something designed for third-graders suitable for the office was a good idea, but I am here to say: You were wrong. Forget that looking like you’ve just left a game of hacky-sack on the quad doesn’t exactly telegraph business savvy. (Also, don’t give me that “That’s how it is now” business casual nonsense. No one wants a lawyer or a banker or an accountant who looks like an unmade bed.) Stuffing half of your closet into a bag, strapping it onto your back, then muscling through every crowded space, swinging your bulging sack like a weapon on Game of Thrones, is just bad manners. Why do these jerks get to make everyone around them bob and weave out of the way every time they move? We’ve all been with the inconsiderate clown on the elevator, wearing a backpack the size of a loveseat, who slowly retreats backward as more people get on, oblivious as they crush anyone unfortunate enough to be standing behind them.

It’s only getting worse. According to the NPD Group, a market research firm, backpack sales rose 22 percent last year, as sales for traditional briefcase and messenger bags—which, it should be pointed out, assail no one—plunged. Backpack sales among women rose 40 percent. Louis Vuitton now sells a version for more than $2,500. We’re doomed.

Backpack etiquette is obvious: Take it off in crowded spaces. How hard is that? For those who do not want anyone “to be the boss of me,” evidently very. In Toronto, the issue became so bad that the transit commission hired actor Seth Rogen to tape an announcement advising riders, “Don’t be a backpack hunchback!”

Good luck, Canada. As we see every day from Washington, rudeness is currently in vogue. Perhaps it only stands to reason it would now also be accessorized. 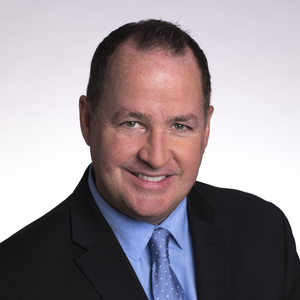