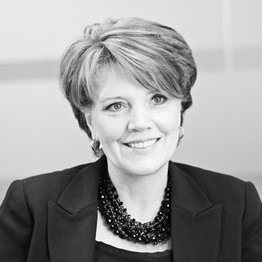 Carol is Head of the Board Practice at The Inzito Partnership. She specialises in the recruitment of chairmen, chief executives, non-executive directors, finance directors and other main board roles. Carol’s prowess and hands-on approach has contributed to her being dubbed the ‘doyenne of boardroom headhunters’ by the Financial Times.

Prior to its acquisition by Whitehead Mann in 2004, Carol was the Chief Executive and founder of Leonard Hull International, she then ran the Board Practice at Whitehead Mann for five years.

She began her executive search career at Norman Broadbent where she spent four years in the Industrial and Commercial Practice and then became Head of Financial Services. She was previously a financial journalist with The Times, The Evening Standard and Channel Four. She holds a degree in politics and international studies from Southampton University and is a Visiting Fellow of the Saïd Business School, at the University of Oxford.

The Director's Dilemma - December 2019 Edition | 10 December 2019
The Inzito Partnership launches Financial Officers Practice | 05 March 2019
Women are on their way to the top, says headhunter who blazed a trail | 26 November 2018
AltoPartners and Better Boards Announce Global Collaboration: Partnership to offer bespoke Board Evaluation, Board Audit and Board Retreat Services | 21 November 2018
Supervisory Boards & The Search Consultant's Role | 19 June 2018
Supervisory Boards : The Role of the Board in Creating Transparency | 04 June 2018