This article was first published in the 2018 Hunt Scanlon State of the Industry Report, June 2018

A massive industry has cropped up around the ideals of corporate diversity. In fact, a new wave of research around diversity shows that it is a clear-cut catalyst for improving profit margins.

Although there’s a financial incentive to boost diversity, and a willingness to invest in it, there’s still room for all, both in the search industry and in the C-suites of their clients, to do better — a lot better.

Ten years ago, a title such as “Diversity and Inclusion Officer” didn’t really exist. Today, executives whose mission is to make sure their work forces and C-suites reflect the nation’s diversity writ large are legion.

Never has this proven more true than in the board space. It’s practically de rigueur these days to find boardrooms pouring resources into diversity . But they—and we, as search executives—have work still to do. A large share of the public remains skeptical of the sincerity and efficacy of these initiatives. When the banking sector was beset by lawsuits in the 1990s and early 2000s on account of racial and sex discrimination — which resulted in hundreds of millions of dollars in settlements — there was a wave of pro-diversity rhetoric. There remains a persistent feeling that corporate America has voiced its commitment to diversity before, and yet it seems as if every other week there is a report in the Wall Street Journal or some other publication lamenting the lack of real progress nationwide.

In 1980, African-Americans held just three percent of all management-level jobs at American companies with 100 employees or more. By 2014, that number had risen — to 3.3 percent. After an immediate uptick in the percentage of white women in management, since Y2K that ratio, too, has stagnated. Despite this, a massive industry has cropped up around the ideals of corporate diversity. The search industry specifically focused on minority recruitment is estimated to be more than a billion-dollar industry. Fortune 500 companies spend $2.5 million on average each year recruiting these candidates. The financial commitment reflects the populism of the moment — where issues of race, gender, and equity fly into our newsfeeds each day. But there is something bigger at work here, a winning argument to be made. It’s the same one we’ve been making for years, but its relevancy has never been more urgent. A new wave of research around diversity shows that it a clearcut catalyst for improving profit margins.

A 2018 McKinsey report titled “Why Diversity Matters” showed empirically that companies that are more diverse noticeably outperform their peers (and the inverse correlation also holds: the less diverse a firm, the higher likelihood of underperforming the competition). “For every 10 percent increase in racial and ethnic diversity on the senior-executive team, earnings before interest and taxes rise 0 .8 percent,” the McKinsey authors noted. What’s more, these companies are setting themselves up for the future. Research shows that once a corporate team diversifies, it steadily becomes easier to recruit and retain top-tier minority talent. And we all know the importance of the talent pipeline. By 2040, America will be a majority-minority nation.

Still, there remains a disconnect between corporations’ selfinterests around diversity and outcomes. There’s a financial incentive to boost diversity, and a willingness to invest in it, but there remains room for all of us, both in the search industry and in the C-Suites of our clients, to do better — a lot better.

To get there requires a bit of introspection, which may also mean that companies will need to be honest about cutting some fat. Alexandra Kalev, a professor of sociology at Tel Aviv University, and her colleague Frank Dobbin of Harvard University have spent years analyzing what works and what doesn’t in the world of corporate diversity. They’ve tracked decades’ worth of progress at more than 800 large companies and interviewed employees ranging from HR to heads of executive boards. In an influential 2016 article in Harvard Business Review titled “Why Diversity Programs Fail”, they posited that some of the most ubiquitous interventions often deliver surprisingly lackluster results.

“Firms have long relied on diversity training to reduce bias on the job, hiring tests and performance ratings to limit it in recruitment and promotions, and grievance systems to give employees a way to challenge managers,” Kalev and Dobbin write. “Despite a few new bells and whistles, courtesy of big data, companies are basically doubling down on the same approaches they’ve used since the 1960s—which often make things worse, not better.”

Bias trainings are certainly in vogue, but these oftentimes compulsory programs — such as the one Starbucks conducted this May, which involved shutting down 8,000 stores nationwide for an “implicit bias” training, following a controversial incident in which two black men were arrested for waiting inside a Philadelphia location — are viewed skeptically by most social scientists. “When we spoke with HR managers about diversity trainings, they overall agreed with us that they weren’t effective, because they know that people don’t want to go to them,” Kalev told us. “[Employees] think it’s like traffic school.”

Here’s the surprising thing: Kalev’s numbers support an idea that voluntarily trainings actually have a better track record of success, largely because they cultivate an atmosphere of self-motivated improvement. At firms with mandatory diversity trainings, the percentage of black men in managerial positions actually drops on average by more than 10 percent. Meanwhile, voluntary programs pushed the proportion of African-Americans, Hispanics, and Asians in positions of management — in each category — higher by roughly 10 percent.

“[Trainings] are very tempting from a managerial standpoint, because there’s a tangible beginning and an end,” Kalev says. “If you’re thinking in terms of a ‘problem’ and a ‘solution,’ then it’s much easier to buy a product like a bias training”, Kalev explains.

Another system designed to deter discrimination, which might be doing more harm than good, are grievance systems set up inside organizations to field complaints from employees. No one would dispute that every business needs to outline clear standards of professionalism and conduct, and to establish clear procedures for legitimate grievance. To not do so would be tantamount to a dereliction of duty. But even if employees believe in the necessity of these procedures, the way they are sometimes actualized can lead to a workplace where diversity is perceived as being coercive rather than educational or grounding. A culture of “do’s and don’ts” tends to spread, instead of one that organically shows the benefits of diversity as its woven into the corporate culture.

Those benefits are increasingly apparent to researchers. It is up to us, as search professionals, to help our clients see them, too. “There’s less group-think perhaps, and more diverse teams get more creative results — and faster,” says finance professor Richard Warr of North Carolina State University, who earlier this year published the findings of his research supporting this idea. The reason for the positive correlation, Warr believes, may not be so obvious: A diversity of genders, ethnicities, and backgrounds tends to bring about a richer conversation, whether that conversation is about whether to undertake a multi-million-dollar acquisition, or where to have the company summer picnic. “There’s a more fundamental reason why diverse teams do better,” Warr says, drawing upon social science studies he’s tracked closely. “When you walk into a room and there’s a bunch of middle-aged white guys who look and sound like me,” says Warr — a self-identifying middle-aged white guy — “then I’m going to assume they know the same as I know . I make the assumption that we are all on the same page, even though we may not be — so then you don’t offer up alternative suggestions, alternatives, theories.”

So if not the boilerplate strategies often used to educate both employees and the executives who lead their companies about the real, tangible benefits of diversity, then what is? According to Kalev’s research, approaches that are less coercive, such as the creation of diversity task forces, the hiring of diversity and inclusion managers and organizational ombudsmen, and the establishment of mentorship programs, often demonstrate exceedingly better results. These interventions tend to focus on broad structures that impede organizational diversity, rather than trying to change the behavior of a few grousing bad apples. “The companies that do diversity really well are the ones that have embedded it into their systems. Their senior executive team or management group have accountability, so that on any given day, they know what their demographics look like, what their turnover looks like, and where the gaps are,” says Kelley Cornish, the U.S. head of Diversity and Inclusion at TD Bank.

Cornish would know: She’s the first executive to ever have such a title at TD. Prior to her arrival, the banking giant underwent a thorough diagnostic of how it was performing on diversity among its 26,000 employees at 1,300 locations up and down the East Coast. Cornish and others engaged with a variety of panels and research groups to generate nuanced feedback where the company was both doing well and falling short in regards to cultural competency. Now Cornish, who was brought on last year, has been tasked with implementing a plan of action — not just a one-time training, but a long-term vision. “It’s a monthly conversation,” she says. “We’ve really gone from zero to 100 in the past year getting the executives on board. For example, we’ve streamlined our D&I infrastructure and governance model to ensure greater accountability by our management committee for increasing representation in all sub-populations by 2020; this includes women, minorities, veterans, LGBTA, and individuals with diverse abilities. The board fully understands what this means for not only the future of TD — the workforce that’s coming in — but also the workforce that’s here right now.”

That plan will likely include a mix of interventions, including bias trainings, but the most important aspect, according to Cornish, is a constant stoking of the fire. Not everyone at the workplace has the vocabulary — or confidence — to speak up and engage on matters of diversity. A one-day training won’t fix that. Having omnipresent conversations occurring at every echelon of the organization is key. The only way to ensure that strides on diversity are more than ephemeral is to make sure that the priorities of fostering a multicultural workplace are baked into everything a firm does.

Luckily, more and more companies are willing to make that commitment. “I’ve been working in this space for over 20 years, and the conversation has been elevated like never before in the past two or three years” Cornish says. “Customers now want to know your values. The external environment is demanding and boardrooms have been forced to react to this external environment — and they’ve been responding. I see so many roles out there for diversity and inclusion managers. Those positions didn’t exist five years ago.”

As search executives—one of us a woman, one of us an African-American male—we know the value of diversity because we live it each and every day, both in our firm and in the clients we serve. We’re hardly alone in this regard. One of the rewarding things we see in the search industry today is this growing awareness of the bottom-line benefits of a diverse workforce, starting at the top . As an industry, we in search must remain on the front lines, constantly asking ourselves how we can do our work better and smarter as it pertains to diversity, as we educate our clients and reinforce their values and commitment to leadership for the 21st Century. 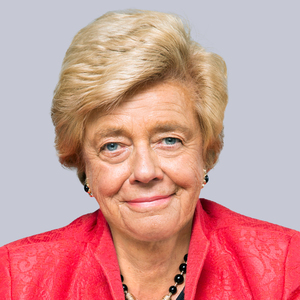 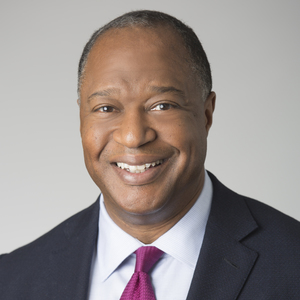