Contribution by Jana Martinova, owner and manager of Accord Group in the Czech and Slovak Republic

This month our dilemma is based upon the true case of a board that suddenly found the downside of their thrift and the speed with which enabling legislation had been drafted.

Paul chairs the board of a government agency that has four other directors. The enabling legislation allows a minimum of five and a maximum of nine directors. The government has expressed a desire not to ‘waste’ money on a large board. The quorum is half the directors plus one which must be rounded up if it is not a whole number. That is four people; half of five being two and a half, plus one to reach three and a half and rounded up to reach four.

The directors make every effort to be available and, over the past two years, quorum has not caused any problems.

It is financial year end. The accounts must be signed and recommended to the auditor. They must then be tabled in Parliament and incorporated into the Whole of Government financial accounts. One director has gone overseas and had arranged in advance for leave of absence because she will be trekking in a remote area with little to no internet or mobile phone access. Now the wife of the audit committee chair has called to say that her husband has suffered a stroke and is incapacitated. Paul’s only thoughts were to express sympathy and offer any support that he could give.

Now he is in a bind. He can’t contact his travelling director and the accounts must be signed off within the next three days or the company will receive an adverse audit finding for late submission of accounts. The government sector has very tight timeframes for finalising the annual accounts and it is always a struggle to get them done on time, however this is the first time that Paul hasn’t been able to get a quorum. Not signing off on these accounts could also jeopardise the financial reports for the entire government and will definitely not please the Minister or Treasurer.

What can Paul do?

Paul should react on the immediate situation and, at the same time, propose changes in the boards working mode or governance to avoid such an incident in the future.

Doing so, he may convince the authorities he is reporting to that he is able to recognise, manage and anticipate the organization of the approval process and an adverse audit may become unnecessary.

Any superior authority in good faith will certainly take the situation into account.

Paul shall prepare the accounts to be admitted, contact any other member of the audit committee to ask who will approve the accounts in case of the absence or incapacity of their chair.

He shall submit the results to be recommended to the auditor and add the information about the lacking quorum and convince the audit committee to review the results and send them further with a remark on their formal insufficiency.

The report should also contain a deadline for adding the missing signature.

So, the formal mistakes should be recorded but should not hinder the process of forwarding the information to the higher instance.

As for the future, Paul may suggest the measures as to avoid such a situation to be approved by his board and by the Government: no travel before the submission of the closing, a change of the quorum (no Half-persons) or adding a director to the board.

Plan A: Paul should try to establish contact with the director who is trekking and see if there is any time at which she can be available for a meeting to approve the accounts. He has a few days in which to arrange a brief meeting by whatever technology can be made to work if he can reach her and to get the papers to her. This is the simplest way forward.

Plan B: Concurrent with contacting his travelling colleague he should appoint an alternate director to replace the Audit Committee Chair. This is a simple process for a Corporations Act company regulated by ASIC. It is likely not contemplated in his enabling legislation so he should follow the ASIC process.

Paul should let the Minister’s office know the situation and his plans to manage it. Ministers like to know when bodies in their portfolio are potentially about to breach a requirement or embark on a course that is not contemplated in their enabling legislation. The Treasurer may also need to be informed.

Finding a director at such short notice is hard. Finding one who can get up to speed and be willing to responsibly sign the annual accounts in that time frame will be even harder. If there is an external audit committee member or a recent former director available, they would be good candidates. Failing that, a person who provides outsourced CFO services might be able to assist, or the government might be able to suggest someone from its register of persons willing to serve on audit committees.

When the crisis has passed, Paul should sit with his Minister and discuss the need for a change in the legislation and/or a larger board to ensure that this does not happen again. 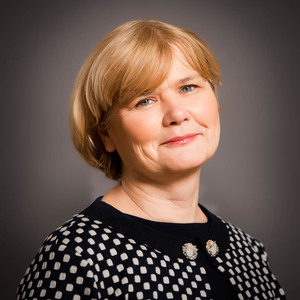