Our dilemma this month looks considers acceptable standards of diligence, and how to recover – or at least reduce the impact – from director negligence.

Cadenza is an entrepreneur. Like many other entrepreneurs, she needed additional income to survive while waiting for her business to become profitable. Cadenza provided consulting services to another entrepreneur. As that entrepreneur also became short of funds, after a while Cadenza was paid in equity and given a board seat, rather than being paid in cash. Cadenza’s own business began to thrive, it kept her very busy, and she paid little heed to the business of her former client. She stopped receiving board papers and attending board meetings. Now a shareholder from the other entrepreneur’s company has asked Cadenza what is going on there. Cadenza called her former client (who is the CEO of that company) and asked for an update.

The news is mixed. For a while, things went well, and the company successfully raised capital and gained new shareholders. Then progress stagnated and it appears that some company assets were transferred to the CEO, or perhaps just sold with the proceeds going to the CEO, before a dilutionary capital raising and some agreements that reward the CEO for intellectual property which once belonged to the company.

The CEO said that the shareholder has been ‘causing trouble’ for a while, asking for information and threatening to take legal action. The CEO asked Cadenza to ignore the shareholder and take no further action.

Cadenza is now worried. She knows that she has not fulfilled her duty as a director. She is still listed with the authorities as a director of the company. Is there any way that she can protect her reputation, and reduce repercussions from her lack of attention?

Is there a good way out of this for Cadenza? (or for the CEO or for the shareholder?).

Cadenza has obviously failed to fulfil her duties as a Non-Executive Director and by her own admission took no notice of the board packs that were sent and didn’t attend any meetings as her business activity increased.

In truth, the shareholder (the investor!) who speaks up, and goes to Cadenza the NED, after trying to get info through the CEO is right to do so and has taken the right steps. But until now, the news that things might be wrong, only appeared to be wrong, with no proven facts known yet to Cadenza, or shareholder for sure.

So what should Cadenza do?

The best way to manage the risks of directorship is to do the job diligently.

Cadenza’s lack of attention to her duties could have serious repercussions. She has four options:

Lie; claim she resigned when she stopped working with the CEO and that she expected the CEO to file the paperwork to that effect. This is stupidly risky and - if unsuccessful – she will have perjury and other deceptions added to her negligence.

Stay quiet and on the board; hope the CEO will sort it out. This is extremely high risk. If she allows the company to misappropriate assets, she could incur personal liability and be guilty of inaccurate reporting.

Resign fast; hope the CEO will sort it out. This is very high risk. There is probably evidence of the timing of asset transfers and she was on the board when they occurred. Start doing the job; get a full briefing on what has happened at the company, where the assets have gone, what the CEO has done, and what are the prospects for reinstating any disputed assets. This is high risk.

Option 4 is, to me, the only ethical solution and the least risky.

To succeed, Cadenza will need to re-establish a good working relationship with the CEO. Her duty is to the company. She must ensure the CEO properly accounts, then either returns, or pays the company for, any assets appropriated and sold. She must also understand the positions of the major shareholders and the background to the capital raising.

Intellectual property is often contentious in small start and scale up companies. CEOs may feel that it is their know-how, shareholders may feel it is the company’s asset. Cadenza needs legal help identifying what belonged to whom and setting in place good systems to control intellectual property and other assets. 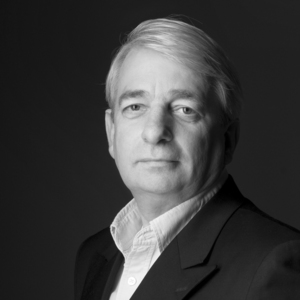