The Director’s Dilemma – May 2020 Edition

Contribution by Keith Labbett, Managing Director Osprey Executive Search working across a wide variety of industries including: Asset Management, Investment and Development for both institutional and private organizations in the areas of Real Estate, Engineering, Construction, Infrastructure, Natural Resources, Industrial, and Financial Services.

Our May dilemma concerns a not-for-profit board that has a welcome problem; more candidates for director roles than they can safely handle.

Vance chairs the board of a NFP company that helps disadvantaged children. Like many NFP chairs, he tries to pull together a skills-based board of passionate volunteers. He has been combing his network for a lawyer with the right passions and skills for the past 12 months.

Two months ago, an acquaintance offered to introduce him to someone who sounded perfect. The introduction was made, and the prospective director was everything Vance had been hoping for. The conversation moved onto families and Vance learned that his prospect was married to another lawyer with a very similar background; they had met at work and, although they were now at different firms, still practiced in similar areas.

Vance told the board about his meeting with their potential new colleague and they agreed that the prospective director be given a nomination pack and invited to stand for election. Five days ago Vance received two completed nominations. Both spouses want to join the board. He has gone from no legal expertise to the offer of two qualified lawyers who both appear exactly what he needs. He just isn’t sure that he wants both of them, or how to choose between them if he doesn’t take both.

Vance doesn’t want to hurt anyone’s feelings. He has checked his constitution and the Corporations Act; there doesn’t seem to be anything about husbands and wives serving on boards together. What should Vance do, and how can he best proceed without upsetting two very generous people who truly want to help the company?

Having a married couple in any organization has its challenges and certainly this is no different on a Board of Directors.

It is advisable to always be sure to undergo an independent search process to insure that your organization is seeing the top talent the market has to offer, unbiassed consul on available candidates and a proven process for selection.

In this case, consider: why this family have a passion for this organization? what is reasoning for them both to apply? Posing these questions to them, you may find one of the spouses withdraws rather quickly when they speak to each other. Assuming they are of equal abilities and fit, this removes the dilemma. If they have solid reasoning it becomes trickier.

Having a married couple on a board would certainly create potential conflict of interest. On the other hand (as most married couples would attest to) they don’t always agree and could work in a constructive and absolutely independent manner. A major consideration also is the size, breadth and revenue of your NFP and are there major contracts awarded? If so, can they be in anyway influenced by the board? This being the case, it could be called into question if a contract is awarded where they have some personal gain. Even though this conflict is no different than on any board of directors, it could create a major issue.

If the board has two seats available don’t look a gift horse in the mouth. So long as their intentions are sound and their skills are relevant. This could provide your organization with a power couple fundraising/PR “dynamic duo”.

Directors must act independently of each other and never act as a unit. Having a voting block, even if only two, seriously reduces a board’s ability to reach informed consensus.

The board needs to access diverse skills and experiences to enrich debate and enhance decision-making. Two board members from the same generation, with similar professional backgrounds and skills, and living in the same geographic and socio-economic environment, inevitably reduces overall board diversity.

People aren’t lego-bricks. Feelings may be hurt if he declines one candidate. Vance could be in a situation where his board gets both or neither.

Vance needs to balance the undoubted value that these candidates offer against the next skills needed under his board’s succession plan. Can the board operate effectively without those skills? What will be the impact on the projected skills matrix for the next nine years?

Finally Vance needs to evaluate the board’s processes. Does the nomination pack suggest that completing the paperwork automatically leads to standing for election (or appointment to a casual vacancy)? Does the board want to include a nominations committee to get more strategic in targeting skills? How are conflicts of interest registered, declared and managed? Is the current process good enough to handle issues arising from a married couple both on the board? Can the chair manage discussions well enough?

If the systems and succession plan can cope Vance should cope also. 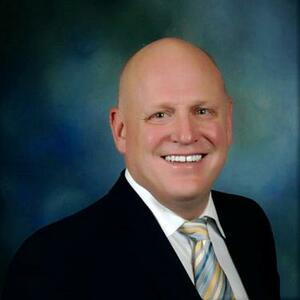