Our dilemma this month investigates the response of a good board to a bad situation and consider how to remove mud that has stuck to the reputation.

Dylan chairs a large charity that derives most of its income from government grants. A couple of years ago the board suspected fraud. This related to costs for unspecified IT Services from a company nobody knew. The fraud wasn’t sophisticated and the board soon had evidence their own CEO had fabricated the invoices and approved them.

The board reported the crime to the relevant authorities; the CEO was successfully prosecuted and sentenced to a term of incarceration. This, naturally, involved public proceedings and a small amount of coverage in the media.

The board instituted new practices for invoice creation and approval, enhanced the audit and governance committees, appointed a new CEO, and hoped the issue was finalised.

However, in a recent debrief after an unsuccessful grant application, a government employee told the new CEO that “the government would have liked to see some directors leave the board after the fraud to ‘atone’ for their poor oversight”. She has reported this back to him and asked for help.

Dylan is concerned. His board is diverse and each director brings a unique skill set. He can’t just remove and replace a few without weakening the board. He feels the board did well to detect the fraud which was miniscule compared to the company turnover. He knows some boards allow fraudsters to resign quietly for fear that the stigma may attach to the directors and company as well as the perpetrator. He felt that his board did the honourable thing by pursuing a conviction and return of as much money as possible. The new CEO believes maintaining the current board may cost more than the fraud.

What should Dylan do?

The Chair and CEO should meet with senior government representatives to review the steps taken by the Board/organization (e.g. audit committee best practices - fraud prevention plan), clarify the Governments concerns, and expected outcomes to resolve this situation. Is it a case of providing assurance that the risk of re-occurrence is low and that there is an effective Board in place; or does the Government require Board Members to resign solely for political purposes.

It is not normally the Governments role to appoint or terminate charitable Board Members; nor is it appropriate to hold the Board / organization to ransom by withholding funding unless there is a clear loss of confidence in the Board.

If the Government is genuinely concerned about the calibre of Board Members than the Board needs to carefully review its own leadership and its Members skills and experience. Then make changes as appropriate. This should then satisfy the Government and restore funding.

If, however the Government believes, for political purposes, there needs to be Board Member resignations, the Chair must step-up and first offer his resignation. Ultimate accountability lies with the Chair. The remaining Board Members should then decide if they will remain on the Board or offer their resignations in light of the political interference.

With either scenario the charity should not suffer loss of funding.

Government grant-giving organisations pride themselves on being good custodians of public monies. They are keen to avoid funding fraudsters.

It is galling when outsiders insist that a director should be replaced to ‘atone’ for something that happened when the whole board was in charge; it is also common and must be dealt with.

Armed with hindsight, Dylan and the CEO should go through the grant application and look carefully at what has been said about the board, the financial and operating controls, and the quality of the management team. These paragraphs can get out of date because people cut and paste from previous successful applications.

To win a grant now, they will need to be better worded, outline exactly how the controls found the fraud, explain how well credentialled the new audit chair is, and discuss the board’s resolute protection of the company’s funds, including the court case.

Dylan must also step up in his role as representative of the organisation and board; he needs to meet personally with the relevant government officials and let them know how well the board is performing and how its diverse skills balance is helpful.

Hopefully this is a single event and funding will resume. If grant applications continue to be unsuccessful Dylan and his directors should discuss bringing forward their succession plan and give the funders what they are asking for.

Board life is not always fair. Dylan’s board have done their best and that may be their only reward and comfort in this situation. 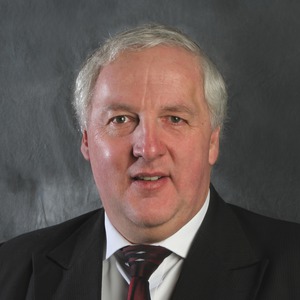