This month we look at the pros and cons of combining directorship with an executive role.

Ivana is the company secretary of a small start up that became a promising scale-up and is now preparing to list. For the past few months the board has been seeking new directors whom they wish to appoint to the board at least six months ahead of the listing.

Legal skills are on the list that the directors hope to cover in their skills matrix. So far they have not really warmed to any of the legally qualified aspirants they have interviewed. All seemed too focused on the law and not enough on the business.

At the board meeting last week the chair suggested that Ivana should become a director. To Ivana’s surprise the other directors, once recovered from the shock of a new idea, really supported her joining their number. Now that she has thought about it, Ivana likes the idea too. She had always wanted to be a director at some stage but had never thought it would happen with this company and these colleagues.

She has checked and, in Australia, there is no law against combining the roles. But what are the rules and recommendations in USA?

The chair has given her some time to think about the proposal and they will have a coffee and talk about it next week.

What course of action would you recommend her to take?

As the GC/Secretary for the company, Ivana’s primary role is to serve as an advisor to the board. She needs to go beyond what the law states to investigate how institutional investors and other governance experts would view combining the roles.

Independence of directors - putting the corporation’s interest ahead of their own - is critical. CEOs and sometimes CFOs hold the dual role of director and management, a GC/Secretary may struggle to advise the board regarding thorny governance issues while also sitting on the board.

In the US, a non-independent director otherwise known as an “inside director” in not permitted to sit on the Audit, Compensation or Nominating/Governance committee.

Therefore, if Ivana joined the board, she would not be able to add value to any of these committees.

In summary, there are three key reasons for Ivana not to accept the director role:

When she declines, she can offer help to find the right female director by leveraging resources such as Women Corporate Directors, NACD or an experienced board search firm. Reminding the CEO that her decision was in the best interest of the company, she could then ask for the CEO’s help to find a directorship with another company to deepen her knowledge of governance and expand her experience base.

There is no legal reason for Ivana to decline this invitation; there are plenty of practical ones.

The company is preparing to list within the next 6 to 9 months. That is a really busy time for the company secretary.

When the board members are all appointed the company will need to create a due diligence committee, gather all the verification and prospectus material, and undertake one of the most detailed and careful processes in the company’s history. The directors will need their company secretary for frank and fearless advice. They will rely on her for flawless completion of the intricate work of gathering, cataloging, and verifying their due diligence materials.

Board meetings will need to be minuted carefully so that decisions are defensible even if hindsights shows them to have been incorrect.

Ivana’s role as company secretary is so important that it will be hard to combine with any other role, let alone the role of a director in an IPO.

And that is before we consider the role conflict of the board in overseeing and supervising the company secretary when she is a board member.

This is, however, a great vote of confidence in Ivana’s ability to bring good legal and compliance thinking together with good business acumen. She should explore how the board might feel if she relinquished the company secretary role and appointed a new company secretary.

Is there time for a new qualified secretary to get familiar enough with the company to take on the role without delaying the IPO?

Or can she agree to take on the role sometime after the IPO, when the role clash will be more manageable? 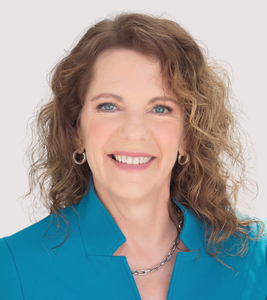