Contribution by Dr Julia Zdrahal-Urbanek, is Founder and Partner of ALTO Executive Search GmbH / AltoPartners Austria. She is based in Vienna.

This month we look at how to handle overbearing and callous behaviour of some board members towards the rest of the board and the executive team.

Tyson is a Board Chair who has a problem on his Government-owned Board. His four word description of the problem was: ‘We are being bullied.’

His Board has a total of 15 Members. At the start of every meeting, three Board members can be counted on to complain about veracity of the minutes, the advisability or validity of previously made Board decisions, and the need to make extensive changes to the official record.

Tyson feels unable to contain the situation, and the arguments often end up taking between one and two hours at each meeting. Tyson says “The most frustrating thing is that none of the items that this trio raises are ever on our agenda. This means that progress on our scheduled items is stalled, that critical items get dealt when most members are tired and impatient, and that therefore the risk of making flawed decisions without enough discussion becomes exceedingly high.”

The CEO tries to keep other staff away from the board, so they don’t witness this behaviour. The board is starting to lose touch with the organisation. The Minister is unaware of the issue and believes that the board is diverse and therefore well-functioning.

It feels to him like twelve directors are being bullied by three very organised and assertive directors.

What can he do to fix this?

Tyson needs to find out who his real troublemakers are. Are the three “difficult” board members being politically influenced. Do they act according to the plan of a higher politician? Obviously not the mentioned Minister as he/she is not aware of the problem. It could be another person or group of people who influence the “Three”. Or are the three board members not aware of what their job is, what the Chair expects of them and which decisions need to be made efficiently?

The mentioned Minister should be contacted. Tyson should speak with him/her openly, but confidentially, about the existing issue and suggest possible ways of solving it. He should also give the Minister the opportunity to contribute what he/she would do, what his/her expectations are and invite him/her to be a sparring partner. After all the Minister is the owner of the organization. Finally, Tyson should have one-to-one meetings with each of the three difficult board members, in order to find a common understanding of the future collaboration and work allocation, and make sure expectations, priorities etc. are understood.

Approving minutes should not be an extensive discussion. Tyson needs to establish a proper process where comments on the minutes are received by the company secretary and incorporated (or rejected) within ten days of the meeting. The secretary and Tyson need to issue minutes within 48 hours for the directors to have a week to read and comment.

Comments should be about clarity, completeness and veracity, not about advisability.

At the meeting Tyson can use a ‘consent agenda’ where matters for noting and simple approval, including minutes which directors had the ability to comment upon prior to meeting, are agreed with no discussion. If anyone wants to discuss a consent item, they advise the chair before the meeting. Items removed from the consent agenda go to ‘any other business’ for the board to discuss if they wish to insert the item to their agenda and, if so, at what point.

Once the board has voted on how to treat the item, the meeting should move on with the official agenda. If any directors refuse to behave in an orderly fashion their behaviour can be minuted and the meeting adjourned if they do not meet norms of common courtesy.

Tyson should use an in-camera (or executive) session to discuss staff not attending the board meetings and the resulting lack of strong oversight. He should ask that all directors behave appropriately in future and read the minutes of the session into the board minutes, so they form part of the official record. He may also find it helpful to review his board charter and code of conduct.

This behaviour has likely escalated over time and Tyson should review the tenure of his directors and advise the Minister of which ones he would like to see renewed and why (or why not). The Minister has a right to know. 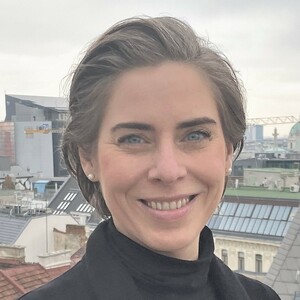