The metaverse – what kind of new jobs might it create?

Modern corporate life is so intertwined with mobile technology that it is almost impossible to imagine that business was ever conducted without a cellphone close to hand. And yet it was only in 2007, when the iPhone was introduced, that the combination of technologies (phone, Internet, MP3 player and camera) into one small gadget became a reality.

As an Analysis Group report says: “Although these technologies each already existed on their own, putting them together in a single device fundamentally altered how users connect(ed) with the Internet by overcoming the limitations of geography.”

That revolutionary moment in 2007 ballooned into an industry in which mobile-related technologies and services accounted for nearly $4 trillion in economic activity in 2018.

In 2022, we might be poised for just such a sea change. The Analysis Group report proposes that the metaverse might follow the same trajectory as mobile. Existing conceptions of the metaverse combine existing technologies (augmented and virtual reality, videoconferencing and multi-player gaming) and turn them into something new.

AltoPartners has looked at how the metaverse might transform the world of work and at virtual reality in workplace education. Here, we look at the possible economic and human resource implications.

Metanomics – where are the opportunities?

The Analysis Group forecasts that metaverse has the potential to contribute 2.8% to global gross domestic product (GDP) in the 10th year after adoption. “If adoption began in 2022, for example, the metaverse could contribute $3 trillion to global GDP in 2031,” the report says. That forecast is echoed by a PWC report which says virtual reality (VR) and augmented reality (AR) – key components of the metaverse – have the potential to deliver a $1.7 trillion boost to the global economy by 2030.

It’s no surprise that there’s a word for all this. Global bank Onyx, a division of J P Morgan, says the metaverse economics – or metanomics – brings opportunities in almost every market, from limited-edition, digitally branded virtual clothing to virtual private clubs to digital art galleries.

The Onyx report says that the concept of metanomics dates to 2007 when a Cornell professor, Rob Bloomfield, hosted a course on the subject. The 21st century differentiator is the new virtual ownership economy. “If you want to personalize a virtual home, you can purchase an original piece of art, tokenized as a digital asset. You can even own the land the house is built on … Virtual real estate is a growing market. The average price of a parcel of land doubled in a six-month window in 2021. It jumped from $6,000 in June to $12,000 by December across the four main Web 3.0 metaverses.” (Those metaverses are Decentraland, Somnium Space, Cryptovoxels, and The Sandbox).

The impact of the metaverse on recruitment

If there is money to be made in the metaverse, and if there are markets in which to make that money, what are the likely impacts on recruiting? Some shifts are beginning to be discernible. In February 2022, HR Magazine reported that the number of adverts for “metaverse” related roles in the United Kingdom had boomed. Since the $10 billion launch of Meta (previously Facebook), job postings in the field rocketed by 532%.

But what kinds of jobs are being created?

There are two strands to “jobs in the metaverse”. Bankless Times, a Canadian media company in the crypto space, notes that one layer is the jobs created for the design, building and maintaining of metaverse infrastructure – in other words technical, engineering or IT jobs. These roles are likely to require job candidates to combine their existing IT skills with knowledge of artificial intelligence development, machine learning and quantum computing.

On the other hand there will be existing industries (marketing, law, retail, tourism) that use the metaverse as platform for their activities (think the lawyer who facilities the transfer of a virtual asset via blockchain, or the marketer who uses VR as a means of content delivery).

For these exploiters of the metaverse, it is not so much technical skills that are needed, but the right attitude. According to Dr Leong Mun Kew, director of Graduate Programmes at the Institute of Systems Science at the National University of Singapore, adapting to the metaverse is about “having a resilient and curious mindset, coupled with the perseverance to practice when you want to be good at something new.”

Where to start for search consultants?

Hansjörg Meine, Managing Partner AltoPartners Darmstadt, has some calming words. “Metaverse is a new buzzword, but real content is likely to be something we will wait for. For me it’s a bit like autonomous driving- – we’ve been talking about it for quite a while, but in reality, the breadth and depth of it will take another five or more years to become a reality.” He suggests starting with the basics. “If consultants really want to be of help, they have to have a solid understanding of the principles of web-technologies (versions 1.0, 2.0, 3.0 and 4.0) and crypto technologies.”

Once you have your head round those, Entrepreneur magazine says the easiest way to get your company thinking about a meta future is by exploring the metaverse for yourself. Meine suggests starting with Second Life – “this might create an understanding what the metaverse could be,” he says.

JOB TITLES IN THE TECH WORLD

In the world of IT, the following roles are likely to be in demand: 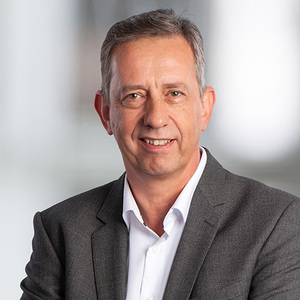