Battling to get your first-choice candidates to commit? Here’s a list of the top post-interview deal-breakers in 2020, and how to avoid them.

We all know the one about the executive who took a call during an interview and lost out on the top job. Less well documented though, are the reasons top candidates walk away from ostensibly lucrative offers.

These are the issues most likely to deter top candidates from accepting your offer:

1. Inconsistencies and sudden deviations from the script

A sure-fire way to make a candidate think twice is to spring a last-minute change on them when it comes to titles, responsibilities, compensation or even flexibility in work arrangements, once the finalist has been “secured”, says Judy Boreham of Diversified Search / AltoPartners USA. This is true even where economies are sluggish or experiencing a downturn. A candidate-centric market requires a candidate-centric process, explains Ian Taylor of Sheffield / AltoPartners New Zealand. “It’s about listening carefully to candidates and the market, being flexible and operating in a way that this new market demands. Search firms represent the client, and candidates often perceive them as one and the same, so it’s vital that the partnership between client and executive recruitment firm is robust and aligned to avoid last-minute deviations from the script.”

Negative media coverage in itself may not deal a fatal blow to your offer, but your response to it might. A lack of transparency, defensive, misleading answers and an unwillingness to have a candid discussion about issues in the headlines are all big red flags. Many candidates love a challenge, but they don’t appreciate being lied to about the extent of it. Media coverage that points to unethical behaviour from executive leadership leads to a candidate questioning the credibility of the leadership, and this is as true in the USA as it is in Mexico, India or Argentina.

It also raises the spectre of corporate instability, another executive turn-off. Sami Zouehid of McArthur Murray / AltoPartners UAE observes that candidates are increasingly seeking stability over remuneration, partly due to the turbulent economic landscape: “In the past, as economies in the MENA region experienced year on year double-digit growth, remuneration and titles used to be the main decision drivers. Not anymore. These days it’s less about flash and cash and more about security and stability.”

From India to the Middle East, candidates are taking advantage of reverse referencing to poll not only the prospective company’s values and culture but also the structure of the role and the available resources that will allow them to be successful in it. Candidates are now visiting platforms like Glassdoor and looking at the reputation of the company in the market, how long previous incumbents in the role were there and how the company is viewed in the marketplace as an employer.

These days, the assessment process goes both ways, and not all companies are comfortable with it, says Sandra Olive Bäcker of Bäcker & Partners / AltoPartners Argentina. Candidates no longer accept an offer at face value. Professionals across the board, although specifically, Millennials (perhaps because they feel they have more options than older executives), are more likely to ask about purpose and adherence to diversity and inclusion, climate change and conservation goals in letter and spirit. Sandra Olive Bäcker continues, “Four or five years ago, it would be rare for a candidate to interrogate an interviewer and comment on their personality or leadership style. Now they look directly at who they will be working with, and do full background checks on companies and shareholders in a bid to ensure that their values are compatible.” Sami Zouehid of McArthur Murray / AltoPartners UAE concurs: “In the Gulf Cooperation Council and wider MENA region, there has been a definite shift from the traditional mindset, whereby the cultural landscape of an organisation would be secondary. This is being driven by a new breed of executive who seeks more connection and a sense of purpose within their roles.”

Opportunities for growth feature fairly high up on most candidates’ wish list and a murky or unclear growth path can be a deal-breaker. In terms of growth expectations, Claudia Hardy and Alexandra zu Ysenburg of Ezentia Group / AltoPartners Mexico find that candidates want to work in companies where they perceive there is significant professional growth, not only the one implied in the position they are pursuing, but in the future too, such as international growth opportunities, entrepreneurial ventures and/ or expanded responsibilities. Thomas Markwirth of MPB Recruitment AG / AltoPartners Switzerland agrees that the opportunity for future development, be it promotions or salary raises, is as crucial to a candidate as a good working team spirit is.

Across the globe candidates are unlikely to compromise when it comes to chemistry. “Top candidates know what environments make them comfortable and would rather wait for the ‘right fit’”, says Judy Boreham. “Increasingly, executives are keen to learn more about the culture of an organisation and the individuals that make up the leadership team or C-Suite. In the MENA zone, it is not uncommon to have eight to ten different nationalities within the leadership team, which presents numerous challenges and complexities. Candidates either thrive in such a diverse environment, or they realise early on in their tenure that the complexities are a hindrance to progress and execution,” adds Sami Zouehid.

Bongani Magadulela of Search Partners International / AltoPartners South Africa, observes that people are increasingly weighing up the risks of all work and no play, and coming to the conclusion that quality of life is as important as scaling the corporate ladder. Candidates (and their spouses) are attuned to gung-ho tales of burn-out and broken marriages and will do a lot to avoid being the next casualty. Here, flexibility is key when it comes to allaying a candidate’s fears about the impact of an onerous job on their health and family. “An acknowledgement that each candidate is different and has different needs is a key differentiator when it comes to attracting the best. Companies with more flexibility in their remuneration structures, options on career growth, and that are more accommodating in terms of an executive’s circumstances, such as single-parent leaders, and supportive of personal pursuits such as the need to take time off to partake in sporting activities, are more likely to seal the deal” concludes Bongani Magadulela.

7. A One Size Fits all approach

Flexibility is a huge drawcard when it comes to helping executives achieve a work life balance, says Nicolás Mora of Equation Partners / AltoPartners Chile. “For Millennials especially, there is a much greater awareness of quality of life issues and a desire to define a new company-employee relationship. Successful companies are those that can capitalise on this trend. One of our largest financial services clients recently implemented an innovative strategy aimed at attracting and retaining top talent by introducing flexible employee benefits, based on the fact that no two people are alike. What some employees may consider a very important benefit, such as having an extra week of vacation time, may not appeal as much to another person who may prefer to have home-office time once a week. This strategy was a direct consequence of the company’s digital transformation and the desire to attract a different type of executive, beyond the type traditionally attracted to the world of banking.” Have candidate expectations changed? “Yes, candidates are better informed and not afraid to decline if a company does not live up to their personal and ethical standards”, concludes Judy Boreham, Diversified Search / AltoPartners USA.

A disorganized or haphazard interview process is another big turn off, says Sonal Agrawal of the Accord India / AltoPartners India. Equally, the unavailability of the key sponsors during the process can derail a hire as candidates sense a lack of support and interest from the outset. Failure to set up meetings with key reports and influencers smacks of disinterest at best, and a reluctance to answer hard questions at worst. Either way, quality face time with decision-makers, sponsors and influencers is key. Companies are also urged to make sure that the hiring manager is not about to exit the company in mid-process, sending off alarm bells in the mind of the candidate. “Losing their key sponsor mid-way through the process is very unsettling for a candidate. Fears that the dynamics of the role will change once a new sponsor is introduced are sometimes enough to make the offer less appealing.”

As population pressure rises, so too do commuter blues. Thomas Markwirth of MPB Recruitment Group AG / AltoPartners Switzerland cites a horrible commute involving long stretches of time on a gridlocked motorway as among the number one reasons for executives to pass on an offer, right up there with no prospect of promotion and uncertainty over corporate culture. Travel is also the one factor that is likely to be adjusted in the offer stage – where suddenly a candidate will discover that ‘oversight’ of regional offices, is actually detailed in the fine print to mean several trips a week to far-flung provinces. “For one candidate, the requirement to travel to company headquarters in Germany ‘a couple of times a year’, actually worked out to 60 days a year – an average of five days a month,” says Thomas.

For single parents, such a requirement is often a deal-breaker, adds Bongani Magadulela, while geopolitical instability is another reason why executives prefer to avoid unnecessary travel to certain destinations.

The most prized positions are those that offer significant professional growth, both in the immediate short term and in the future, whether its international prospects, regional positions, expanded responsibilities or entrepreneurial joint ventures. In this respect, candidates from emerging economies are particularly interested in the diversity ratios of the top team. According to Claudia Hardy and Alexandra zu Ysenburg of Ezentia Group / AltoPartners Mexico, candidates interpret a lack of diversity as a possible barrier to progression within the company, especially where the candidate does not fit the gender, racial or cultural profile of the leadership team: “Candidates like diverse representation at the top, primarily as a reflection of a company where there are no barrier to talent progression.”

Having a top candidate refuse a firm offer is a waste of time and energy and a possible reputational risk. What can businesses do to get their top choice candidate to sign on the dotted line?

View our advice on how to seal the deal here 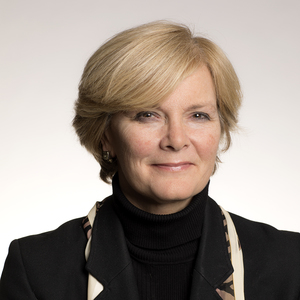 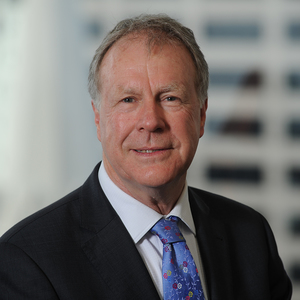 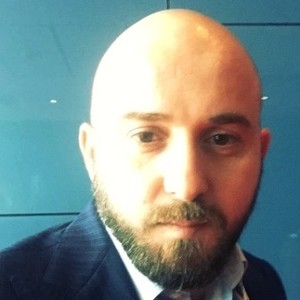 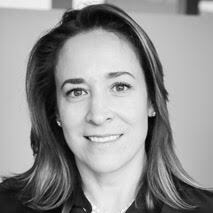 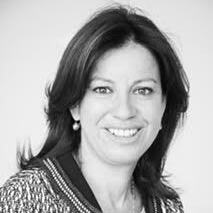 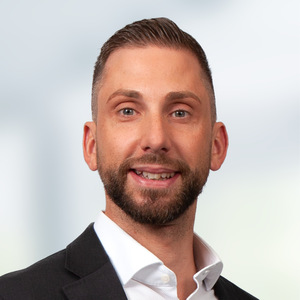 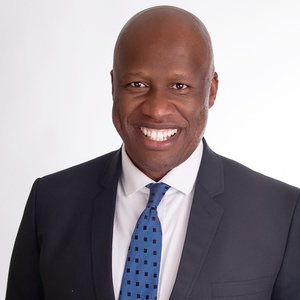 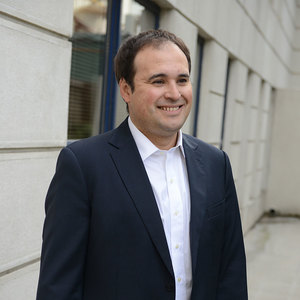