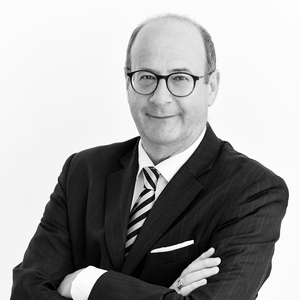 Marc Bartel as Senior Business Advisor provides consulting services like the assessment of management teams (CEOs, Executive Committees, key positions) and Board of Directors evaluations within the Board Services and Leadership Consulting practice. Marc holds a Master’s degree in business law and a DEA in comparative law from Lyon III University. He is also a graduate from New York University (Masters of Law) and holds an MBA from MIT. After starting his career as a corporate lawyer in law firms, Marc became the Secretary General of the Alliance of European Lawyers and then Deputy CEO of Linklaters, before joining Hogan Lovells as Director of International Development. For 15 years, he has been advising companies and law firms on searches and assessments of executives and lawyers. He developed and led the legal, risk and compliance practices as well as the board and CEO practice at Korn Ferry and Heidrick & Struggles in Paris, as their managing partner in France. In the area of executive assessments, he has advised companies on succession plans for members of the Executive Committee including Chief Executive Officers. He has also conducted numerous evaluations of their boards of directors. He has advised some of the world’s leading law firms on their leadership model and on the definition of the performance of their lawyers, having assessed more than 120 partners in 360° or broader assessments.Overall, he has carried out more than 350 legal counsels’ recruitment assignments. He has also been a board member of charities/non-profit organizations in Paris and London.